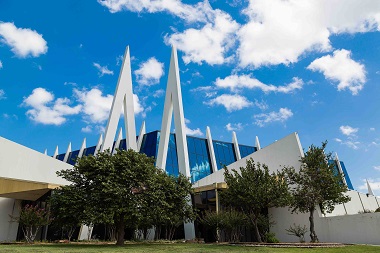 This is a chapel Transcript of a chapel service on the campus of Oral Roberts University on September 13, 1972. Oral Roberts had just returned from a crusade in Alabama. While there, he was contacted by Governor George Wallace to come to his home to pray for his healing after he was paralyzed from an assassination attempt.

Wallace was one of the chief proponents of segregation in the south and had run for president several times. Roberts expresses that he although he did not support Wallace's views, he did accept him as a human being who had needs that God wanted to help. He prayed with the Governor then flew back to Tulsa. In chapel, he arranged for a phone call with the Governor during chapel in which he shared about what the Lord had done during the visit. Roberts believed Wallace was a "changed man" and his wife had received the baptism in the Holy Spirit. Roberts also had two black students from Alabama pray for the Governor.