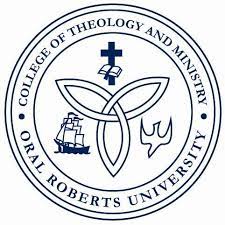 Service and Subversion in the Court of the King: An Analysis of Resistance and Accomodation to Foreign Imperial Rule in Daniel 2

Many scholars and laypersons alike turn to the book of Daniel because of its political message. Yet, there exist a number of mutually exclusive interpretations of the stories in Daniel, particularly in regard to how these stories interact with and depict foreign imperial rule. This thesis will focus on one Daniel story in particular, Daniel 2; and will seek to answer the following question: Is the political stance toward foreign imperial rule in Daniel 2 primarily one of accommodation to the empire, one of resistance, or a hybridization of the two?

This thesis will begin in chapter 1 with an introduction to the problem of Daniel 2’s political stance toward foreign imperial rule. Chapter 2 will provide helpful background information for the book of Daniel generally and Daniel 2 in particular, followed by an exegetical analysis of Daniel 2:1–23. Chapter 3 will conclude the exegetical portion of this thesis, by providing an analysis of Daniel 2:24–49. Finally, chapter 4 will analyze and interpret the findings from the exegetical analysis, in order to determine Daniel 2’s stance toward foreign imperial rule. Chapter 4 will also offer application for the Church universal, and specifically, the American Church.

Wagner, Luke, "Service and Subversion in the Court of the King: An Analysis of Resistance and Accomodation to Foreign Imperial Rule in Daniel 2" (2022). College of Theology and Ministry Dissertations, Projects, & Theses. 4.
https://digitalshowcase.oru.edu/cotmdissertations/4